Working at Amazon: A Demanding Workplace or Just Normal?

By James B. Shrimp, Esq.

Many of you likely had the opportunity to review the New York Times expose on employment attitudes and conditions within Amazon. It makes a good summer beach read. The article paints a picture of aggressive and uncaring management, employer sanctioned back-biting among coworkers, long hours, few vacations and a lot of time away from family. White collar workers at other computer-based companies, such as Netflix, Facebook, Microsoft and Google are likely shocked. However, blue collar workers in America, that work one or two jobs, totaling 60+ hours per week away from their families and who don’t get the chance to take a vacation, are unmoved and not crying in their milk. The real question is whether there is anything abnormal or unlawful about what is going on at Amazon? 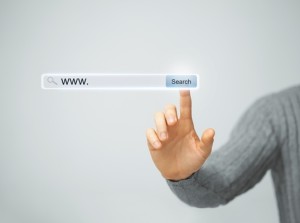 Before deciding to never work for Amazon or purchase any products from Amazon, it makes sense to take a moment to look at the article from a distance. The Times states that it interviewed approximately 100 individuals for the article and there are about 20 individuals identified in the article that have had issues with management. Let’s presume for sake of argument that the individuals the Times spoke to represent one-half of one percent of those employees at Amazon that have issues with management – that would mean a total of 4,000 employees have issues with Amazon management. Amazon has a total of 180,000 employees. Therefore, the 4,000 disgruntled employees equal 2.2 percent of Amazon’s workforce. With that said, would anyone be surprised if a workforce of fifty had one disgruntled worker, or a workforce of 1,000 had 22 disgruntled workers?

Admittedly, my statistics are unscientific and of course everyone wants to work at a place where there is no discord. But if there is discord caused by unfair treatment the employee has the freedom to leave and find another job. Importantly, the Times article does not say these employees are underpaid, in fact, the article infers the opposite. The next question is whether Amazon’s conduct is lawful.

The Times interviewed local employment lawyers in the Seattle area (where Amazon is headquartered) and those lawyers stated that for the most part what Amazon is doing may be unfair, but it is not unlawful. There were some circumstances within the article regarding the application of Family and Medical Leave and the management-sanctioned employee versus employee “rat-out” line that concern me as a lawyer that represents employers. However, there was nothing in these employees’ stories that made me conclude with certainty that something unlawful is occurring.

The Times positioned its article on Amazon as whether Amazon’s experiment to push white collar workers to the brink will succeed or fail. The Times, however, fails to recognize that there are plenty of industries and employers that push white collar workers just as far as Amazon’s employees. Many doctors, lawyers, stockbrokers and IT professionals work 60 plus hours per week, are often away from family and have limited vacations. Amazon’s “experiment” is limited to a specific sector of the American economy.

Amazon is a quasi-technology and retail company. The real question for Amazon is whether, as a technology company, it can push its white collar workers when other technology companies such as Google, Facebook and Microsoft have much more employee-friendly workplaces. For example, Netflix recently announced that it will provide one year of paid maternity leave (although Netflix has received flak for not extending that benefit to those employees in its DVD division).

If Amazon’s poor treatment of employees is real and widespread, Amazon will begin having issues hiring new employees. Jeff Bezos, CEO of Amazon, recognizes this market force, and in a response to Amazon’s employees, Mr. Bezos stated that Amazon would not tolerate the “shockingly callous management practices” described in the article. Mr. Bezos urged employees who knew of “stories like those reported” in the Times to contact him directly.

For more information feel free to contact James B. Shrimp at (610) 275-0700 or by email at jshrimp@highswartz.com. Visit his attorney profile here. 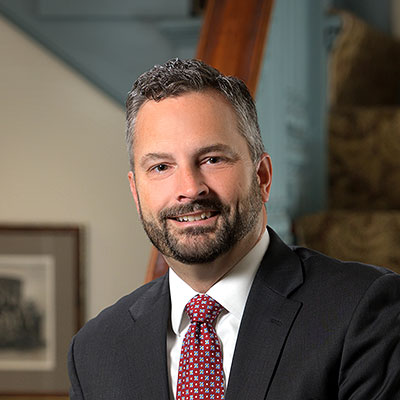 A Small Business Game Plan to Follow During the Coronavirus Outbreak

Feeling sick about your business during these uncertain times? Doylestown Attorney Donald Petrille offers a to-do list for small business owners that can help position themselves for what lies ahead. The COVID-19 virus biggest casualty > Read More

If you contract COVID-19 at work, you may have a compensable Pennsylvania workers’ comp (WC) claim. However, it might not be the easiest route to financial relief. This blog touches on the process, proofs, and > Read More

The Act seeks to address the impact of coronavirus in a number of areas, but how will it affect employees, employers and their businesses in PA? On the night of Tuesday, March 17th, 2020, the > Read More

Employers: Does a Force Majeure Clause in Your Contract Cover You During the Coronavirus Pandemic?

The Coronavirus pandemic has upended our lives with little notice. Public events have stopped, schools and stores have closed, the financial markets are in a tailspin, and people are staying at home. Amid this chaos > Read More

Can I Collect Unemployment Compensation During the Coronavirus Pandemic?

If you meet one of the following employment statuses, you may be eligible for unemployment compensation in Pennsylvania. Both employees and employers are trying to navigate the unprecedented measures being implemented by the government to > Read More