Our Child Custody Lawyers Will Help You Win Your Case

Custody cases in Pennsylvania are typically complex, emotional, and difficult to prosecute. Before you begin any custody action or respond to a filing by another party, it pays to understand the framework of how custody matters get resolved and what alternatives you might have. So, talk to a child custody lawyer.

Having an experienced child custody lawyer working on your behalf to help you understand your rights and obligations under the law is one of the most important decisions you can make. If you need a custody lawyer near you, make sure you talk with an attorney from our local family law firm. In the meantime, check out our tips for helping you with your custody case.

Our Custody Lawyers Are Experts in Pennsylvania Custody Factors

Judges must rule on custody issues according to the children's best interests. As a result, their ruling considers the most critical PA custody factors. It's important to talk with a custody lawyer familiar with Pennsylvania custody law. Some of those considerations include:

After establishing a custody schedule, various management tools can help set parents up for successful co-parenting and smoother transitions between homes, including online family calendars and centralized communication systems. In addition, our custody lawyers can provide you with more details.

Understanding the Types of Custody

In many instances, a divorce decree specifies where your children will live. But, it's always best to work out an amicable arrangement voluntarily or with the support of a mediator. However, when that's not possible, the courts will intervene and decide for you based on the child's best interests. As a result, a qualified child custody lawyer can help guide you through either situation to help provide an appropriate solution.

Typical forms of custody handed by courts include the following:

The court awards physical custody to one parent, and the child lives with that parent most of the time. But the custodial parent shares actual legal custody of the child. Sharing custody means both parents can decide about the child's education, religion, health care, and other critical issues.

Sometimes people, other than parents, face whether they should seek third-party custody of a child. Pennsylvania courts generally affirm that parents (natural or adoptive) have the legal right to care for and determine what is best for their child. Therefore, parents in custody disputes gain favor over anyone who is not a parent. However, in certain situations, it is possible to overcome this presumption in favor of the parent. Doing so involves two distinct steps. A custody lawyer can support you with the process.

First, an individual must establish standing, their right to bring a claim before the court. Without standing, a person cannot request any form of custody. For example, adoptive or natural parents automatically have standing, but with third-party custody, a person must meet specific criteria to qualify for standing. Talk to a child custody lawyer at our family law firm in Bucks County if you need help establishing standing.

Of all third-party custody options, grandparents have the easiest time qualifying for standing. A grandparent of the child can be eligible for standing to have primary physical and legal custody of a child if:

It's best to enlist the support of a custody lawyer to guide you through the process.

Even if a third party is not a grandparent or a person in loco parentis, there is a catch-all provision under which a non-parent can qualify for standing. Under Pennsylvania law, for example, an individual (not just family members) can gain custody as long as the child is not part of a dependency proceeding. First, however, the following three criteria require proof:

Standing is only the first hurdle a third party must overcome to gain custody of a child. Next, the third party must prove to the court that it is in the child's best interest for them to grant custody. The court will then consider whether or not the grandparent should be awarded custody of the child by analyzing the sixteen custody factors outlined in 23 Pa. C.S.A. § 5328(a). A custody lawyer can review those factors to ensure you meet the requirements.

As the above information is general concerning third-party custody, and not specific to your circumstances, we recommend you consult with a custody lawyer. The above is not legal advice or a substitute for legal representation.

What if a parent with custody wants to move?

Custody relocation describes a scenario where one parent wishes to move. Consequently, that move will "significantly impair the ability of a non-relocating party to exercise custodial rights." If you're running into a dispute about relocation, talk to a custody lawyer.

As our society becomes increasingly mobile, custody cases with relocation at issue have become more prominent. For example, one parent may want or need to relocate for various reasons. Those reasons might include career/educational opportunities, military assignments, or family support systems. In addition, remote work opportunities that come with no restrictions on location also open the doors for custody relocation challenges.

If the hassle of moving is not enough on its own, parents seeking relocation will have to gain the other parent's permission or the court before any relocation. Whether you are the parent attempting to move with your children or trying to prevent the move, Pennsylvania custody laws carry stringent requirements. Those requirements include providing written notice of the intended relocation within certain timelines and with certain specific information. You'll need a good custody lawyer to support you through the process.

A Child Custody Lawyer Can Help You with Determining Relocation

During the hearing, the court must consider certain factors, including:

(1)  The nature, quality, extent of involvement, and duration of the child's relationship with the party proposing to relocate. Those same factors apply to the non-relocating party, siblings, and other significant persons in the child's life.

(2)  The age, developmental stage, needs of the child, and the likely impact the custody relocation will have on the child's physical, educational, and emotional development, considering any child's special needs.

(3)  The feasibility of preserving the relationship with the non-relocating party and the child through suitable custody arrangements. Those arrangements consider the logistics and financial circumstances of the parties.

(4)  The child's preference, taking into consideration the age and maturity of the child.

(5)  Whether there is an established pattern of conduct of either party to promote or thwart the child's relationship and the other party.

(6)  Whether the relocation will enhance the general quality of life for the party seeking relocation, including, but not limited to, financial or emotional benefit or educational opportunity.

(7)  Whether the relocation will enhance the general quality of life for the child, including, but not limited to, financial or emotional benefit or educational opportunity.

(8)  The reasons and motivation of each party for seeking or opposing the relocation.

(9)  Any abuse committed by a party or member of the party's household. Plus, the presence of continued risk.

It's a lot to digest. But a child custody lawyer can help determine if you meet the requirements for custody relocation.

Despite a lack of statutory guidance, Pennsylvania is considered to be a state favorable toward the rapidly growing trends in gestational surrogacy involving assisted reproduction, surrogacy generally, and the contractual nature of the surrogacy relationship. Currently, being a surrogate mother in New Jersey and New York for money is illegal.

Surrogacy most commonly refers to the gestation of a child by a woman who does intend to be the child’s legal mother (“the carrier”) but instead carries the child for the child’s intended parents. There are two types of surrogacy:  traditional and gestational. In traditional surrogacy, the carrier is also the biological mother who has become pregnant via artificial insemination of the intended father’s sperm. In gestational surrogacy, the carrier’s own eggs are not used, but rather she is impregnated via in vitro fertilization using the genetic materials of both intended parents.

Surrogacy relationships can be established via a contract between the carrier and the intended parents. Recently, the Pennsylvania Superior Court has affirmed such agreements as valid and enforceable legal contracts, which are not void against public policy. The Pennsylvania Courts treat gestational surrogacy cases involving opposite-sex intended parents equally as with same-sex cases.

The Pennsylvania Department of Health set forth the policy and procedures for the registration of an assisted conception birth, making it possible for the intended parents and the gestational carrier to obtain a birth certificate reflecting the intended parents as the legal parents without having to go through the adoption procedure.

At times, custody issues arise where a custody lawyer can be of benefit.

Adoption is an exciting process, but you'll need a good family lawyer to guide you through the legal requirements that can make it daunting.  It's important that you consider carefully the laws of the state in which you plan to adopt because they vary by state.  Some Pennsylvania residents complete their adoptions in another state, depending on the circumstances involved in the adoption, such as the home state of the birthparents and that state’s requirements. It may be necessary to retain an adoption attorney in the state where the adoption is taking place.

In Pennsylvania, residents (and sometimes qualifying non-residents, depending on the nature of the adoption) may adopt in several different circumstances, including step-parent adoption, international adoption, domestic adoption with the consent of the birthparents, adoption after the involuntary termination of the parental rights of the birthparents, and adult adoption.  Each type of adoption presents its own challenges, and the process for each varies.

Individuals who are considering adoption, of any type, often share the following questions and concerns:

While the answers to the above vary depending on the type of adoption, an family law attorney can assist you in navigating the adoption process and achieving the ultimate goal of adding to your family.

Talk with Our Child Custody Lawyers If You're Facing a Dispute

In some instances, compromise or mediation can address custody in Pennsylvania. We have family law attorneys available to help with the mediation process.

In other instances, a judge must resolve the dispute. Our custody lawyers handle cases in Montgomery and Bucks Counties. They can listen to your concerns, review the legalities, and provide appropriate legal counsel. Get the help you need. Our local law firm offers a variety of legal services. You can trust our family law attorneys to be by your side. 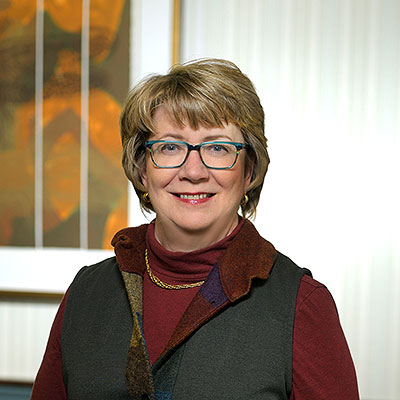 Mary Cushing Doherty is a senior partner at our firm. As an attorney, she concentrates her practice on all aspects of marital dissolution and family issues. 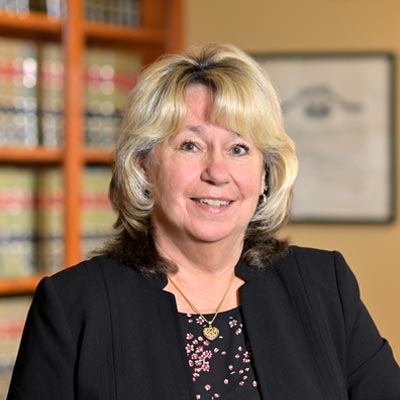 Judith A. Algeo is a skilled family law attorney in Bucks County, PA. She represents individuals in all matters of family law including divorce, child custody, child support, spousal support and alimony, and equitable distribution. 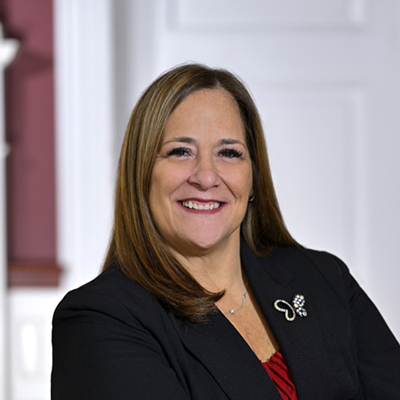 Bucks County Attorney with 25+ years' experience in litigation with a focus on family law, estate planning, and business disputes. 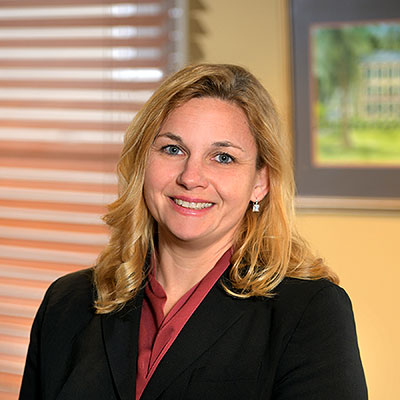 A Workers' Comp, SSD, and family law attorney, Linay L. Haubert R.N., Esq. is a former registered nurse and practices out of our Doylestown office in Bucks County, PA.

How Will Divorce Affect My Business?

Divorce and business. For the owner, running the company can be never-ending and all-consuming. In...

Guidelines for Child Support in PA

Courts order child support in PA to help defray the costs of rearing a child....

Your marriage is on the rocks. It’s time to find a lawyer near you to...

The Meaning of Gray Divorce or Divorce After 50

It's growing more common for couples to divorce after 50 and later in life. It's...

If you're a divorced or separated parent, now is the time to discuss who will...

The firm is pleased to welcome paralegal Jennifer Gisondi to our Doylestown law office.

High Swartz LLP is pleased to announce it has received another "Best Law Firm" nod...