Date of Separation and What PA Courts Consider During a Divorce

When I meet clients who are seeking divorce, they often casually tell me that their marriage “really” ended years earlier, they just stayed married legally.

They’ve typically chosen to uphold their legal union for fear of hurting their children, or due to financial dependencies. Either way, they usually don’t realize that the exact date of separation may be crucial within the divorce process.

In Pennsylvania the Divorce Code presumes that the latest date of separation is the date on which the first legal step in the divorce process is taken and the complaint is served. The court does recognize though, that this is not always the case. It termed “separate and apart” - the date couples cease cohabitation – whether they go on living in the same residence or not. This makes it possible for there to be a separation date earlier than service of the divorce complaint.

The problem remains that couples often disagree on when they intended to end the marriage. Instead of being tied to a legal action, the intention is typically tied to emotion- an emotion each spouse rarely experiences at the same time. Also, a claimed date of separation must be proven by evidence which shows a manifested, communicated and independent intent to dissolve the marriage. As an attorney, there are some basic things to consider when seeking to establish a date of legal separation:

Marital bed – Spouses who emotionally separate before they legally separate typically remain living together. However, they may have stopped sharing a marital bed. This can be a key indication of intent to end the union.

Joint finances – Even couples who live together prior to being married typically do not merge finances until after the wedding. As a result, separating the finances can serve as proof of intent to divorce. Submitting tax returns separately can also serve as evidence to date of separation.

A party’s conduct – While a bit less concrete than the above examples, you can examine a party’s behavior to support date of separation claims. If one or both spouses acted in a way that indicated intent to end the marriage, this can be used as evidence.

Celebrating holidays together – If one spouse claims their date of separation to be, for example, November 12th of any year, and that following Thanksgiving and Christmas was the first year the family spent the holidays apart, that can be used as evidence to support their claim- especially if all holidays thereafter were also celebrated separately.

Pictures together - If one spouse claims a particular date of separation, and the other claims the marriage continued after that date, the latter spouse can use any pictures that may have been taken after the date in question as evidence to support their claim.

Updated wills – Removal of one spouse from the other’s will is a way to prove a particular date of separation and intent to end the marriage.

New girlfriend or boyfriend – If either or both parties begin dating someone new and including them in family activities, this can be used to prove intent and recognition that the marriage was over.

Unless you are an attorney, you are likely wondering why the date of separation even matters so much. This is an understandable question, if spouses are agreeing to separate now, why dredge up the past? The fact is, however, that the date of separation is extremely important in divorce cases. It’s a frame of reference for determining what is in, and what is out of the marital pot. Any assets acquired by either spouse post separation can be left out of the marital pot. For example, 401K contributions after separation are non-marital, and thus would not be part of the pot to be divided during divorce.

In all cases, attorneys should work with clients to flesh out the case, understand their client’s unique situation and feelings and guide them toward the best decision concerning how to approach their split.

For more information feel free to contact Melissa M. Boyd at 610-275-0700 or by email at mboyd@highswartz.com

Melissa M. Boyd has been certified as a Family Law Arbitrator by the American Academy of Matrimonial Lawyers. 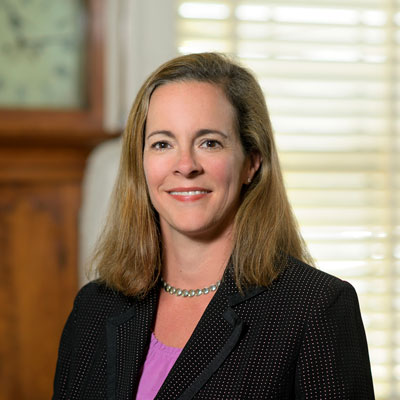 Melissa Boyd concentrates her practice on family law. She advocates in various areas including, but not limited to, divorce, pre-nuptial and post-divorce agreements, child custody and support, equitable distribution, alimony, adoptions, protection from abuse and juvenile law.